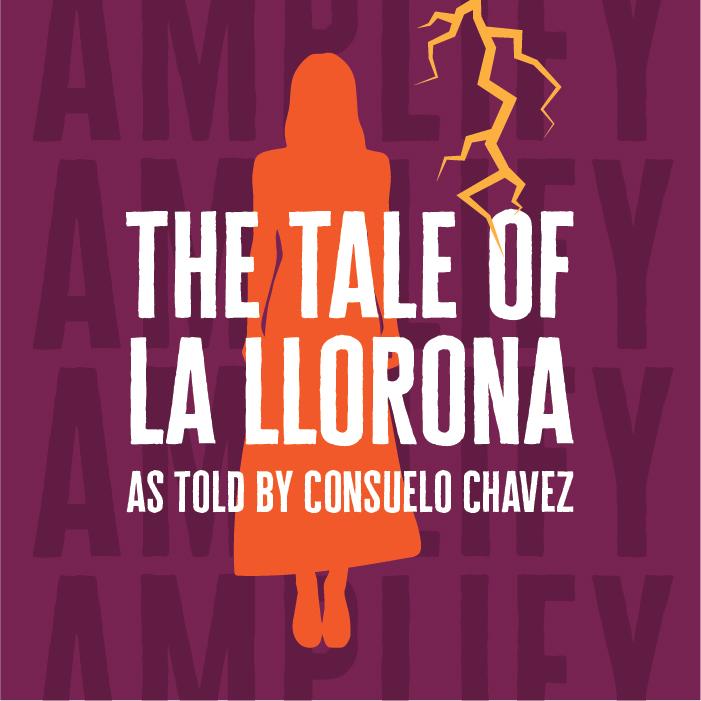 First Stage continues its fall 2021 Amplify – BIPOC Short Play Series with THE TALE OF LA LLORONA AS TOLD BY CONSUELO CHAVEZ, a world premiere play by José Casas. In this play, a group of middle-schoolers are disappointed that a thunderstorm has stopped them from their trick or treating. They huddle together in a basement on what might be their last time together to celebrate All Hallow’s Eve. To pass the time, they share some of their favorite ghost stories . . . but are they just stories?
Click here for more information about this activity
Please help us keep this calendar up to date! If this activity is sold out, canceled, or otherwise needs alteration, email mindy@kidsoutandabout.com so we can update it immediately.

The final play in First Stage’s fall 2021 Amplify – BIPOC Short Play Series, and just in time for Halloween, will be THE TALE OF LA LLORONA AS TOLD BY CONSUELO CHAVEZ, a world premiere play by José Casas with music by Frank Pahl. Milwaukee director/actor David Flores will direct this production. In this spooky new play, a group of middle-schoolers are disappointed that a thunderstorm has stopped them from their traditional trick or treating. They huddle together in a basement on what might be the last time they are together to celebrate All Hallow’s Eve. To pass the time, they share some of their favorite ghost stories . . . but are they just stories? First Stage audiences will need to decide for themselves! Suggested for families with young people ages 12+. Please note: the performance includes blackouts, loud noises, scary moments and references to suicide and violence.

The Amplify series is sponsored by Children’s Wisconsin. This project is also supported in part by a grant from the Milwaukee Arts Board and the Wisconsin Arts Board with funds from the State of Wisconsin.

Director David Flores shared this about THE TALE OF LA LLORONA AS TOLD BY CONSUELO CHAVEZ: “This is a ghost story gone awry, where the supernatural encroaches on the safe and familiar. In sharing fantastical stories passed down through the years, these long-time friends face the challenges of growing up: still caring for one another but diverging in personalities and interests, questioning the prospects of the future and clinging to nostalgia for the past. We are very excited to present those familiar growing pains that all generations face through the voices of today’s young people.”

THE TALE OF LA LLORONA AS TOLD BY CONSUELO CHAVEZ, is free to stream on First Stage’s YouTube channel through Decembr 5 and can be viewed here:

The Amplify series first launched in the spring of 2021 and begins its second season this fall. In this new series, three short plays have been created by Black, Indigenous and People of Color (BIPOC) playwrights that center on the young person’s point of view, amplifying the voices of these artists and young people throughout the Milwaukee community.

First Stage has had a long history of age-appropriate casting and of centering its work on the young person’s point of view. Understanding the power of connection that young people feel when they see themselves and their stories on stage, the organization is excited to continue this series featuring newly commissioned work from noted BIPOC playwrights and directors. First Stage’s commitment to commissioning work by Black, Indigenous and People of Color whose voices offer the organization an opportunity to expand its artistic horizons and develop its audience’s perspective.

Artistic Director Jeff Frank commented on the next installment of the Amplify series: “Our Amplify series this fall has allowed us to share new voices and new stories with our audiences, to foster new artistic partnerships and to provide young performers with more opportunities to embody roles that speak directly to their experiences. Connecting these remarkable writers with our amazingly talented young performers and guest directors has sparked the best in all of us and helped to create new work that may be short in duration but promises to be lasting in its power.”

José Casas (Playwright) is a playwright, director and actor, as well as an assistant professor of playwriting at the University of Michigan. He is a board member of the Children’s Theatre Foundation of America and Spinning Dot Theatre, where he is also a resident artist. Casas is also a member of AATE, the Dramatists Guild and TYA/USA. He has a BA in dramatic arts from the University of California, Santa Barbara; an MA in theatre arts from California State University, Los Angles (CSULA) and an MFA in playwriting from Arizona State University. His plays, which have been performed across the country, include la rosa still grows beyond the wall, all brown, all chingon, aDoBe, a million whispers all at once and antonia: a latina hip-hop Antigone. His plays la ofrenda and somebody’s children received both the Bonderman National Playwriting for Youth Award (2005, 2009) and the AATE Distinguished Play Award (2007, 2010). His plays published by Dramatic Publishing include la ofrenda, somebody’s children, 14 and alex: a conversation about nothing, which is included in The Bully Plays. His book, also published by Dramatic Publishing and co-edited with Christina Marín, Palabras del Cielo: An Exploration of Latina/o Theatre for Young Audiences showcases the work of playwrights writing Latina/o Theatre for Young Audiences (LTYA) as well as the work of scholars exploring the subject.

Frank Pahl (Composer) has received over one hundred commissions for theatre, film and dance since the early ’90s. The last time he worked for First Stage he was playing piano in a hamster costume. Though based in Detroit, he frequently works with Theatre Gigante in Milwaukee. His next Gigante collaboration will be in early November and is called THANKS ALOT!

Jeff Frank (Artistic Director) is recognized as one of the top directors in the field with an expertise in developing new work for theater for young audiences. He holds a BFA in Theater from the University of Wisconsin-Whitewater and an MFA in Child Drama from the University of Utah. Having served as First Stage’s Education and Academy Director from 1996 – 2003 and as First Stage’s Artistic Director since February 2003, Jeff remains committed to the power of theater to transform lives and is forever thankful to call First Stage home.

THE TALE OF LA LLORONA AS TOLD BY CONSUELO CHAVEZ

Disappointed that a thunderstorm has stopped them from their traditional trick or treating, six middle-schoolers huddle together in a basement on what might be the last time they are together to celebrate All Hallow’s Eve. To pass the time, they share some of their favorite ghost stories . . . but are they just stories? Suggested for families with young people ages 12+. Please note: the performance includes blackouts, loud noises, scary moments and references to suicide and violence.

To reserve tickets for in-person performances or for additional information, please go to: eventbrite.com/e/the-tales-of-la-llarona-part-of-first-stages-amplify-series-tickets-169184018955 or call (414) 267-2961.

First Stage is one of the nation’s leading theaters for young people and families. First Stage touches hearts, engages minds and transforms lives by creating extraordinary theater experiences through professional theater productions that inspire, enlighten and entertain. Its Theater Academy, the nation’s largest high-impact theater training program for young people, fosters life skills through stage skills and serves nearly 2,000 students each year. As Wisconsin’s leader in arts-integrated education in schools, First Stage’s dynamic Theater in Education programs promote literacy, character building and experiential learning throughout the curriculum, serving over 20,000 students each year. First Stage was selected to participate in the Partners in Education program of the John F. Kennedy Center for the Performing Arts (2012), and was the recipient of the Milwaukee Business Journal’s Eureka Award, recognizing creativity and innovation in business, education and the arts for its Next Steps program for students on the autism spectrum (2013, 2015). First Stage is a member of TYA/USA, the American Alliance for Theatre and Education, the Wisconsin Alliance for Arts Education, Milwaukee Arts Partners and is a cornerstone member of the United Performing Arts Fund (UPAF). firststage.org

First Stage
*Times, dates, and prices of any activity posted to our calendars are subject to change. Please be sure to click through directly to the organization’s website to verify.