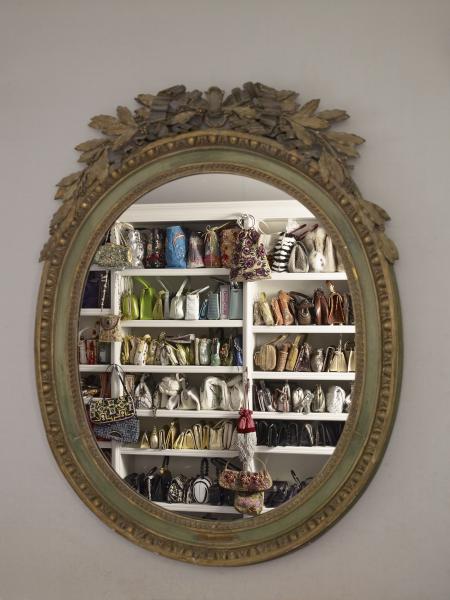 What mortal person isn't at least a little fascinated with the life a movie star leads?

What if I told you that you could tour the inside of one of Hollywood's most famous celebrity's home without leaving Rochester? That's exactly what you'll discover at the George Eastman Museum's exhibit Catherine Opie:700 Nimes Road. Photographer Catherine Opie gives us a most intimate portrait of Elizabeth Taylor through a photographic journey of Ms. Taylor's possessions. That journey provides as revealing a portrait as if the photographer had been taking candids of the woman herself.

We meander through the house at 700 Nimes Road in Bel Air, starting with wide shots of several of the rooms. As we marvel that we would not have imagined her living in this room with its exposed beams, wooden dining table, ornate teal chandelier and red chairs, or that room with it's neutral color seating spread inconveniently far apart, the photographer dives into the décor, possessions and treasures hidden within.

Her trophy room bears testiment to the adoration of an industry in which she was ensconsed from nine years of age. The photo of the pile of her AIDS memorabilia barely hints at the enormous impact she had on the war against a devastating disease that took friend and former co-star Rock Hudson, as well as many others in the movie industry during the 1980s. Loved ones - friends, family and spouses -  peer out from photos partially hidden by collectibles.  The images of her jewel collection for which she was so well known, was oddly and purposely out of focus, as if to suggest the pieces were not truly representative of the woman she was.

Of the 3000 photos taken by Catherine Opie, 50 were on exhibit. I'm certain the choices were hard to make.

Among those on exhibit, I had a number of favorite photos. I loved the series of four, capturing her color- and content-coordinated closets, including her collection of furs in one, suedes in another, her royal red garments in a third and wild animal prints mixed with more mundane fair in the last. The photo I found most intimate was of the room in which she kept her shoe collection (I believe it was shoes).  On one side was a hair stylist's sink and chair. It took little imagination to see her leaning back to have her cloud of beautiful white hair gently shampooed.

Sadly, Ms. Taylor did not get to see the exhibit. She was hospitalized and passed away before the six month project was completed. I can't help but think she'd have been delighted with this unique perspective Ms. Opie brings to this exhibit. 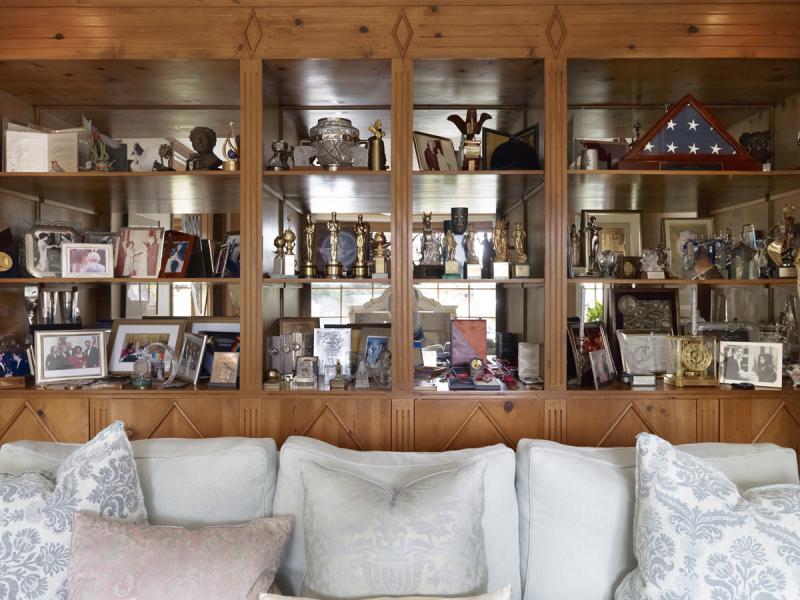