Review of "EARTH EXPOSED: Discover Our Planet’s Hidden Secrets" at miSci | Kids Out and About Pittsburgh

Do your kids ever wish that they could touch the clouds? Have you struggled to explain why the sky is blue? Starting this Saturday and continuing through the summer, miSci visitors will have a chance to touch a cloud, explore color, and discover some of the most powerful forces of the earth as they play with a wide variety of exhibits from San Francisco's Exploratoreum. 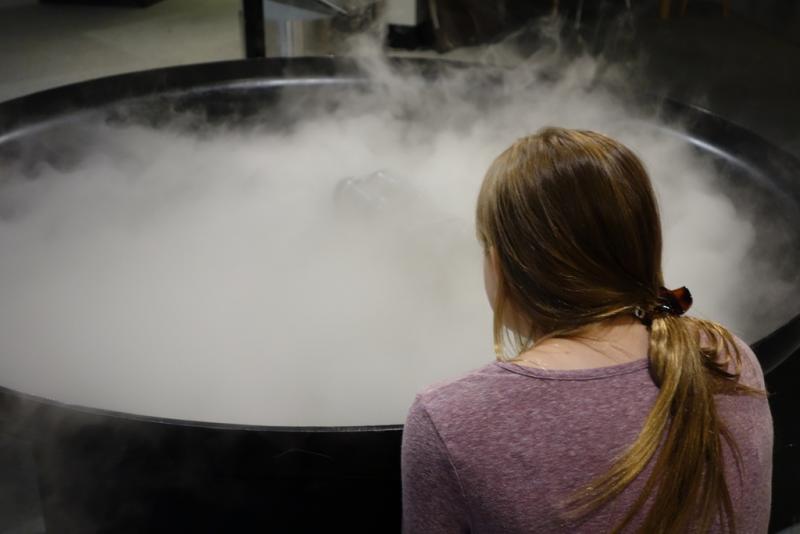 By now, all museums know that kids love interactive stuff, but we parents know that, frequently, "interactive" means pressing a button or lifting a flap to read more text. That's absolutely not the case with this exhibition, where kids can create avalanches, change the direction of a tornado, and create ocean currents. In short, kids can act like gods, albeit on a not-quite-life-sized scale.

When we first walked in, my 10-year-old was immediately drawn to the clouds. With one strong push on the Cloud Rings exhibit, she could generate a puff of mist that turned into a ring before floating up into the rafters. Nearby, the Sea of Clouds looked like a giant, misty cauldron. "Look, I'm magic!" she declared, as she made the mist disappear briefly with a flourish of her arms. Later, still mesmerized, she seemed to want to get her face right into it. "It smells good, don't you think, mom?" Personally, I'd pick gardenia over cloud anytime, but they get extra points for appealing to multiple senses. 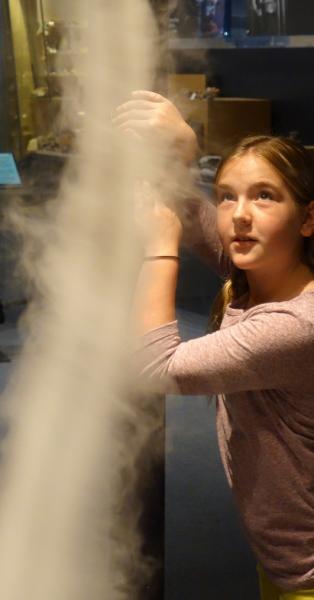 Even better was the upside-down Tornado. My daughter sat, mesmerized, for several moments before I finally prompted her. "You know, you're allowed to touch it." "Really?" she practically squealed. Really. In fact, visitors can put their hands right through the tornado or experiment with the wind currents that are blowing from holes in the pipes of the structure surrounding it, covering a few to see how it affects the funnel cloud.

But there's much more than mist. Visitors can change air currents in an exhibit called Confused Sea to create their own ocean-like tempest in a teapot. In the Avalanche exhibit, visitors can examine a tank that creates a small world of sand, then turn it over with a crank or open and close holes to mimic natural forces like rain, wind, and earthquakes that alter the landscape. We loved the Air Rings, a tall cylinder of water in which visitors can, once they're refined their technique, create small air bubble rings that float to the top.

Another favorite was the Magnetic Globe, where visitors can pour magnetic sand over a small globe that's been magnetized to mimic earth's magnetic fields. This was super-cool, although parents of toddlers who are in the "taste everything" stage will want to keep a close eye on their kids at this one. 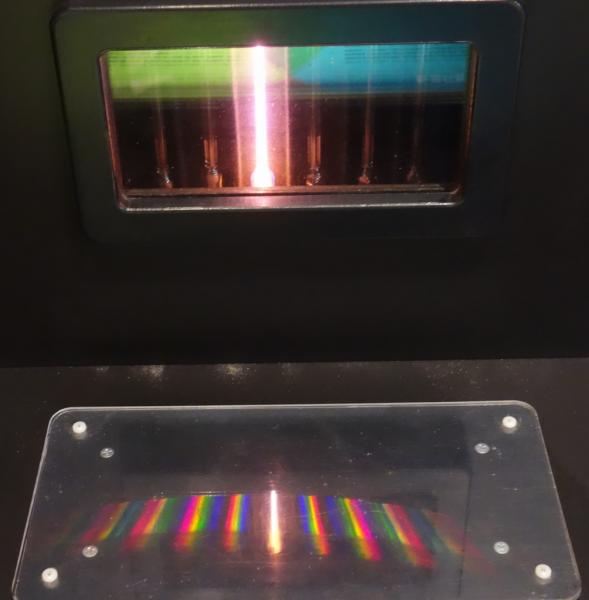 Although each exhibit offers some instruction and information about what earth force is being illustrated, these exhibits are designed for experimentation and the sort of "What would happen if I. . . ?" experimentation that turns kids into young scientists. On more than one occasion, my daughter taught me something that I hadn't discovered yet, and you know that kids love to act as authorities for a change and teach their parents. At the Spectra exhibit of colored gas tubes, I was squinting in incomprehension until my daughter pointed out the reflection that showed a variety of other colors depending on the hue. Oh, now I get it.

Items from the Permanent Collection

To go along with the earth theme, miSci has is displaying a broad assortment of minerals that are usually in storage. If your kids are fans of the rocks and minerals section of the New York State Museum or the Museum of Natural History downstate, they'll love exploring this collection. Our favorite part was the dark room. There we saw slabs of minerals that were sliced very thinly and placed on light displays to make their structure easier to see. In another display,  flourescent minerals glowed in changing patterns based on the lighting. Longtime miSci fans will be excited to hear that the "Bridge of Fire" interactive is back as well:isitors can walk the bridge and generate static electricity.

Of course, there's much more beyond the current exhibtion to see and explore, including the Play Space, the MRI exhibit, and exhibits on alternative forms of energy; for more information, check the miSci website. To go along with the "Earth Exposed" exhibition, there's a complementary new planetarium show called "Earth's Wild Ride" that explores more forces of nature like asteroids and volcanoes. Check the miSci calendar to see when this and other activities may be available for your visit. There's also a fun gift shop with science-themed toys, clothing, and more.

Tips to Make the Most of Your Visit 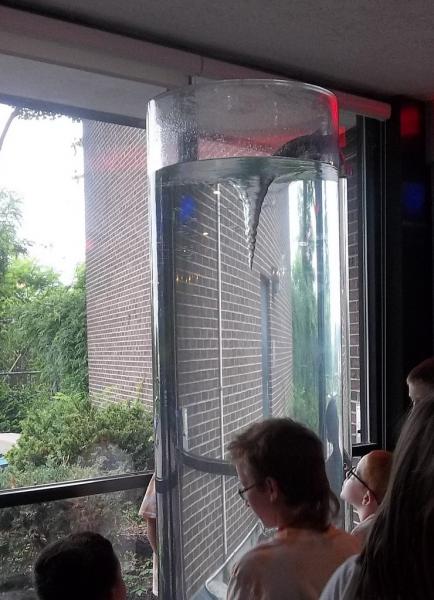 We were fortunate enough to catch a preview of the "Earth Exposed" before it opened to the public, but a few of the exhibits are out in the main space, and they clearly held wide appeal. As a mom of two tween girls, I know that they are often slightly too cool for. . . well, almost anything, so I was amazed to see a crowd of them clustered around the Vortex, squealing and pulling out their phones to take pictures.

Seeing many of the exhibits feels mesmerizing, akin to Zen gardening or watching waves crash on the shore. But the real strength in "Earth Exposed" goes beyond seeing: there's so much for kids to do, to touch, and to play with.The result is a terrific combination, inspiring awe in the natural world while making nature's power feel uniquely accessible. We weren't the only ones who felt that way. As we exited the exhibition space, I checked out the Fluttering Silk exhibit, which makes it easy to see and manipulate air currents with the turn of crank. A young boy had strayed from his school group and stood, eyes up, then  jumped high, hands outstretched. I motioned to the crank that controls the air flow and asked "Do you want to try it out?" He shook his head, eyes still trained on the fluttering silk overhead. "Oh that's okay. I really just wanted to feel the wind."

© 2015, KidsOutAndAbout.com.
Katie Beltramo, a mother of two, is an editor at Kids Out and About. She also blogs at Capital District Fun.